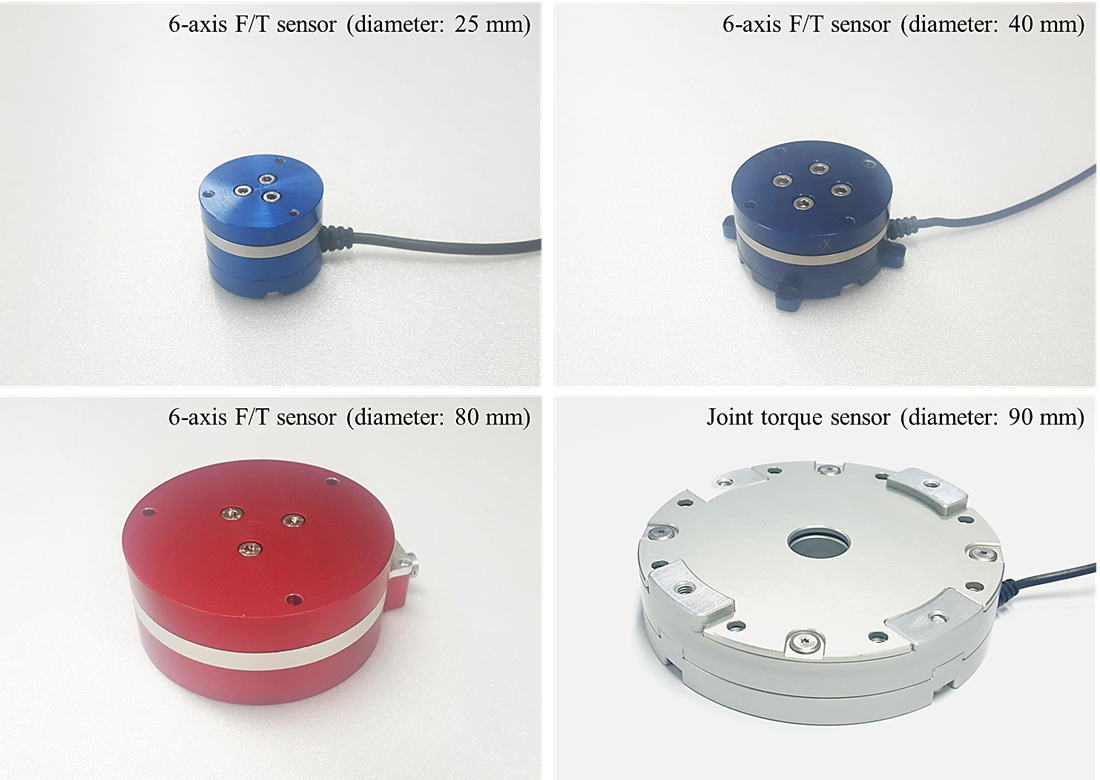 A novel 6-axis force/torque (F/T) sensor enables measuring six orthogonal F/T components at a material point on the sensor’s surface. The sensing part of the sensor can be designed as a single printed circuit board and a ground plate, making it possible to build a lightweight 6-axis F/T sensor integrating all electronic components, with very simple manufacturing and assembly processes and at an extremely low cost. Therefore, its mass production and customization will also be possible. An automated F/T transformation method including linear fit calibration is also applied to obtain the 6-axis F/T value. The sensor is developed and evaluated, and its performance compared with a commercial 6-axis F/T sensor. As shown in the figure, the sensors of various sizes were developed. Using the capacitance sensing principle, a joint torque sensor is also developed that is installed into robot’s joint for measuring the joint torque value.

As presented in the figures, the developed 6-axis F/T sensor was installed to the robot hand (Allegro), which can conduct force-feedback controlled tasks such as part insertion and object recognition. The sensor is also applied to the robot arm (UR10). Therefore, the force-feedback controlled system is able to conduct the direct teaching as well as  deburring, polishing and grinding process performed in industrial robotic process. 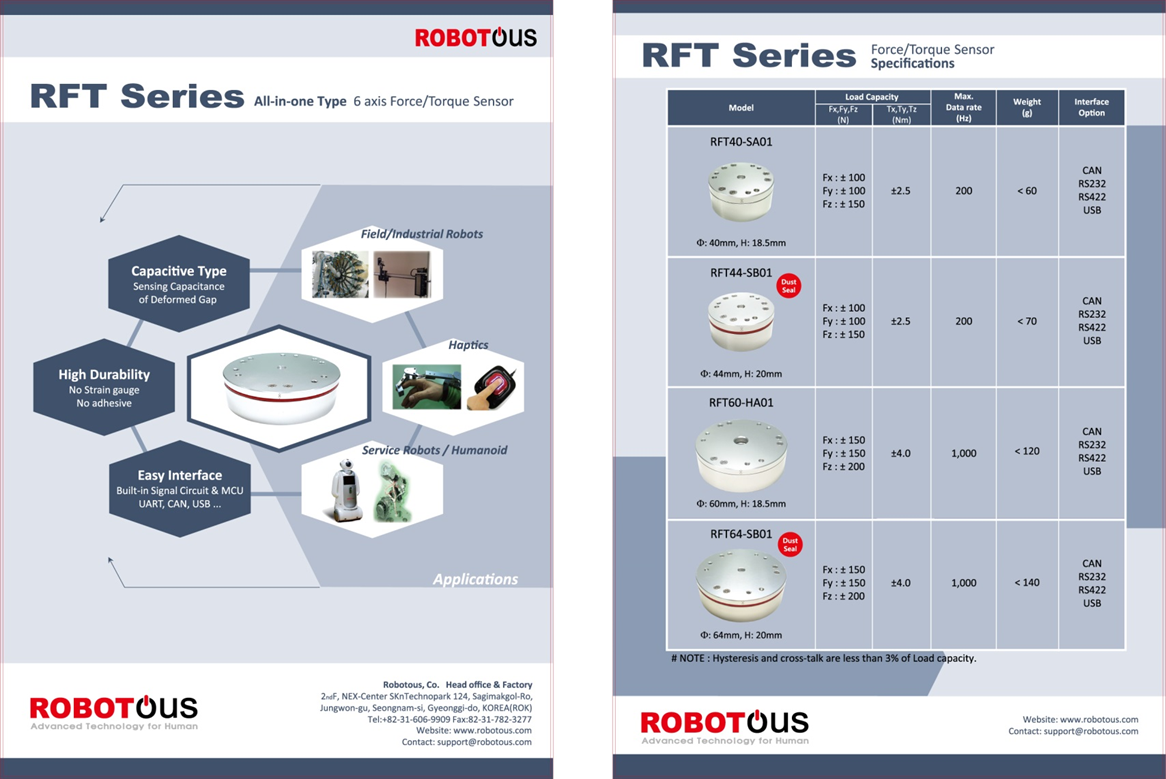