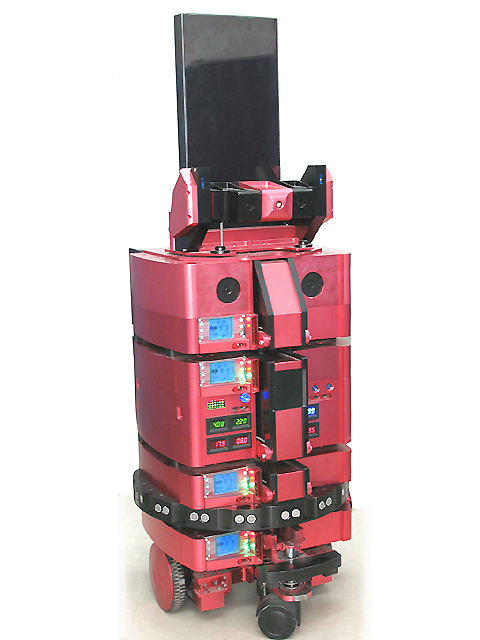 Personal robot is being researched world-wide. However, many robots consist of Non-standard part and software by professional robot companies and the robots used to be developed with their own design. The desired framework is to develop the personal robots composed of standard parts and thus the framework can improve the development procedures and system integration. As a premise to achieve this goal, however, the fundamental architecture in the related technologies such as standardization and modularization is need. In this research, architecture, design, and method for accelerating the development of personal robots are presented. Also a new object recognition technology required for the effective interaction between the robots and the intelligent environment is proposed. 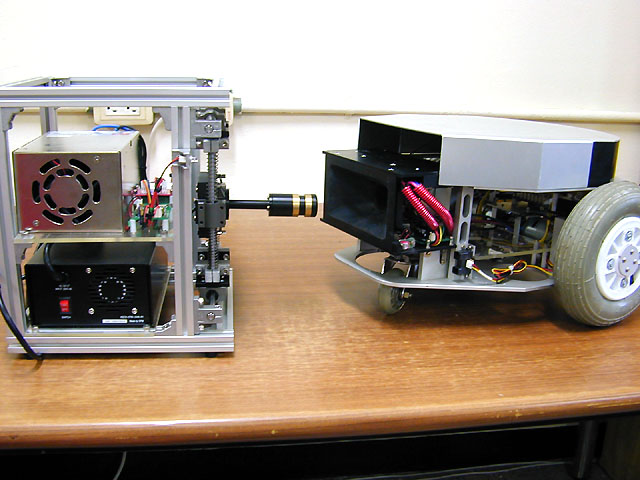 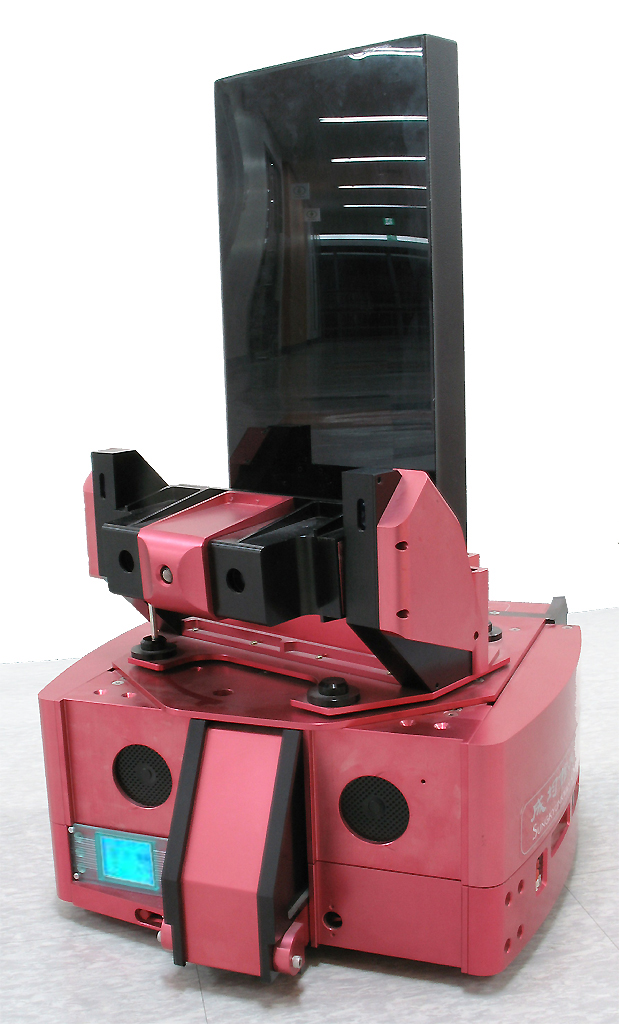 To help the mobile robot recognize the environment, the method using the RFID system is studied. The RFID system is easy to detect the objects and get the information of it. Especially, the detection feature of the passive tag, which is determined according to the direction of tag against the reader antenna can provide the information of the orientation as well as the position of objects. In this research, the sensing characteristics of the RFID system is modeled and the method for estimating the orientation and position of the objects is derived. 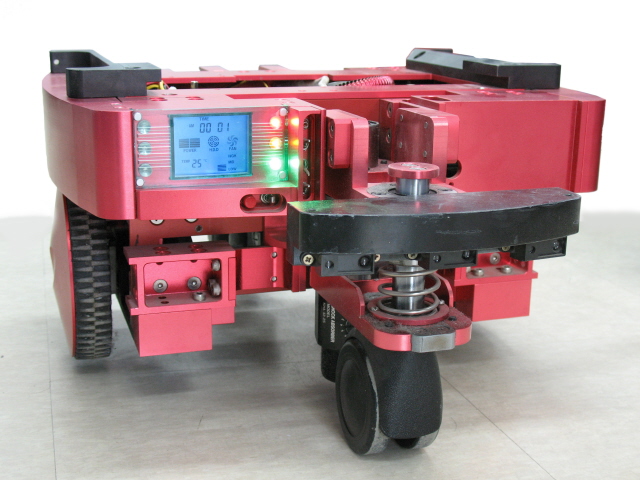 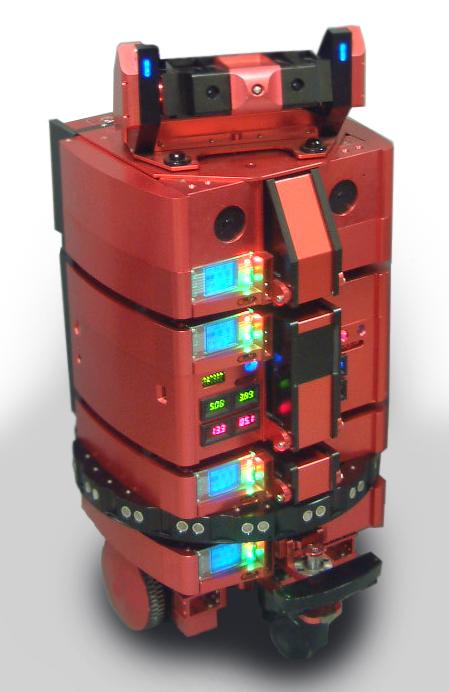 We study the infrastructure of modularization and standardization of the personal robot system.

- Architecture and method for accelerating the development of personal robots
- It includes the technology such as modularization with its own processing and standardization open to other developers.
- The architecture is implemented by developing the fully modularized personal robot DRP I 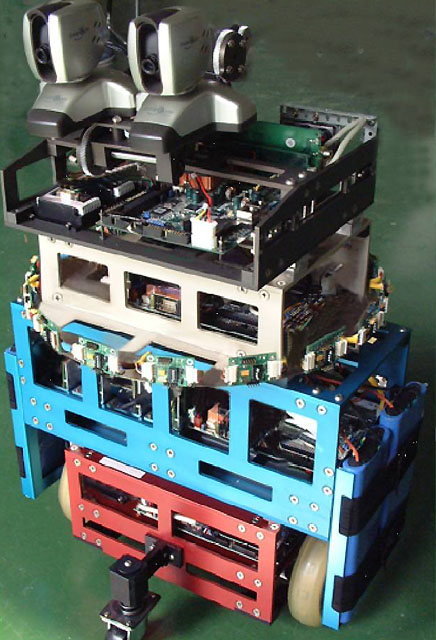 We propose the framework for developing the personal robot being used in home environments. We mainly focus on the system engineering technology such as the modularization with its own processing and standardization open to third parties. The fully modularized DHR I consists of five components such as brain, mobile, sensor, vision, and user interface modules. Each module can be easily attached to and detached from the whole system mechanically.