Recently, humanoid robots have begun to perform various tasks on replacing the human in the daily life such as cleaning, entertainments etc. So manipulation capability is essential for a humanoid robot. And robot hand must possess tactile sensor because of interaction between a humanoid hand and objects can be properly controlled only is suitable sensors are available. 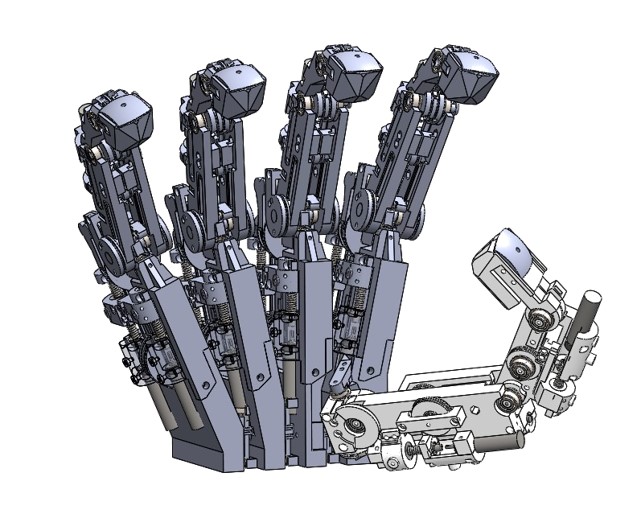 This robot hand is manufactured by using a 3D printer and a new mechanism, called Active DIP-PIP(ADP) joint, is applied to this robot hand. The mechanism consists of a pair of moveable pulleys and a springs to generate both linked and adjustable motion. While the set of DIP (Distal-Interphalangeal) and PIP (Proximal-Interphalangeal) joint shows coupled movement in free space, it moves adaptively when it contacts with an object. The torsion springs attached on each joints ensure 1:1 ratio movement while finger is moving freely and produce additional joint torque while grasping an object. 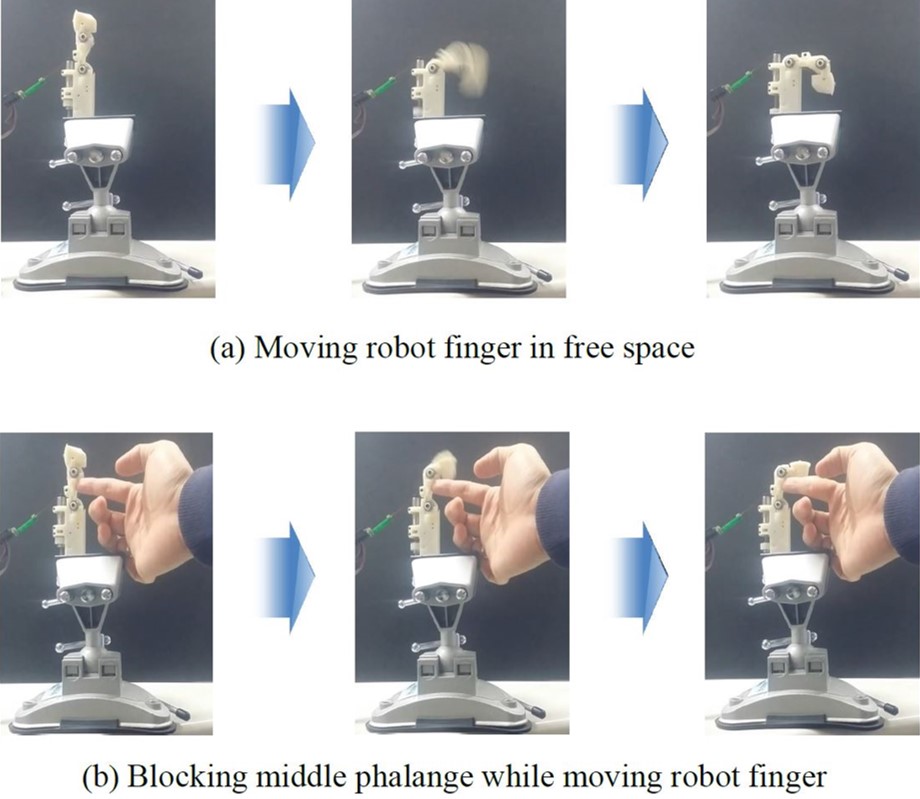 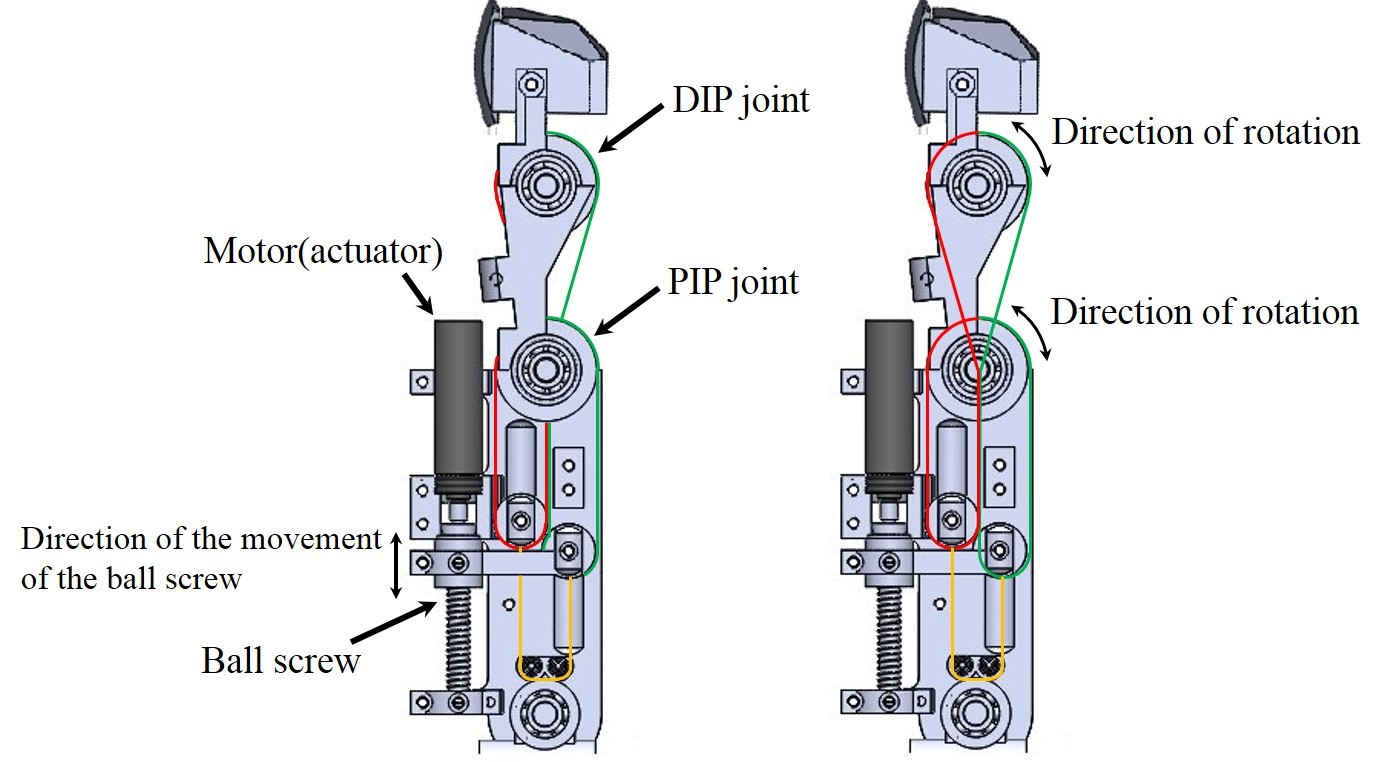 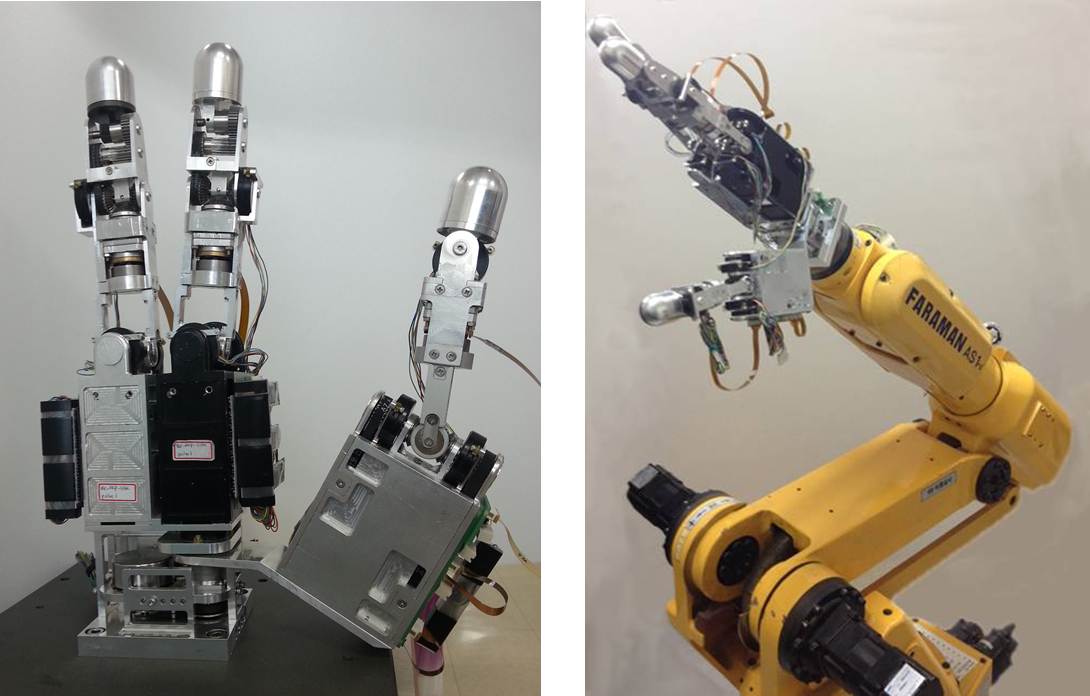 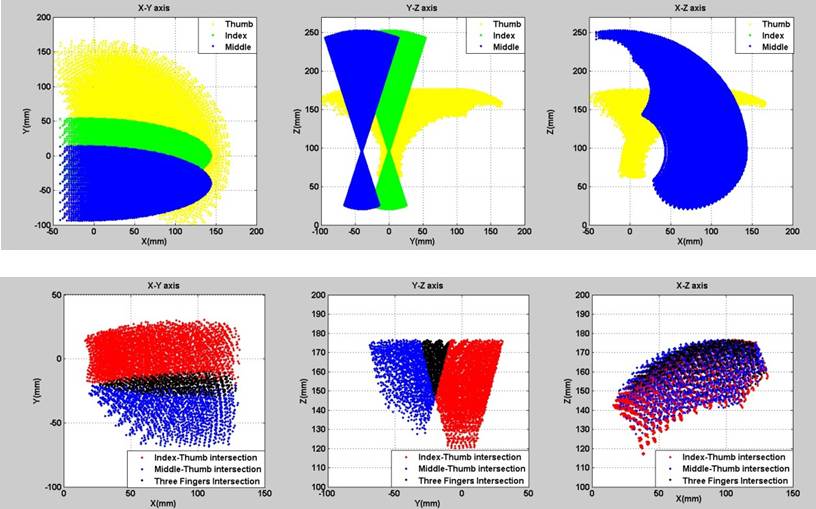 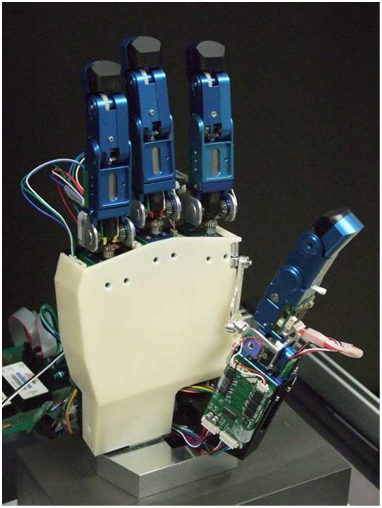 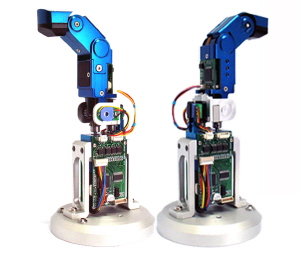 This is anthropomorphic finger module called SKKU Hand III, which includes BLDC motors. SO it is more compact and powerful than former ones. It has 4-DOF. And it can be controlled by using CAN. 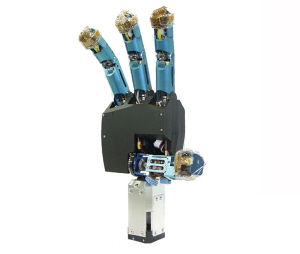 This is an anthropomorphic robot hand called SKKU Hand II, which has a miniaturized tactile sensor applicable to the robot hand. Thumb is at an angle opposite to its other fingers, and the thumb and fingers are orthogonal, such that it can performs dexterous grasping and manipulation like the human hand. The hand is similar to the human hand in geometry and size because inessential degree-of-freedom is abbreviated during grasping. All parts were composed of independent modules from each finger to the electric board for control. 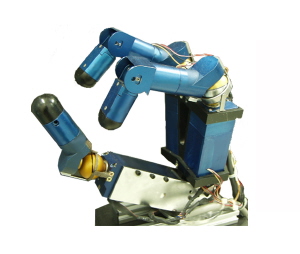 A three fingered robotic hand called SKK Hand I is introduced composed of the modularized robotic fingers. Its hardware and control issues are discussed and preliminary results of experiments are included. The proposed hand will expect to resolve the increasing demand for robotic applications in unstructured environments. 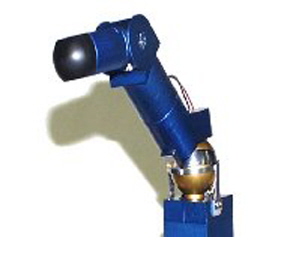 This robotic finger makes it possible to mimic the humanlike finger motions except those of the thumb such as flexion-extension and abduction-adduction. 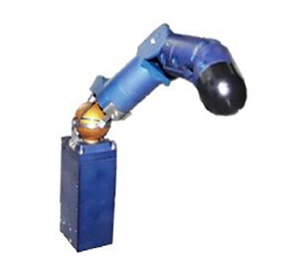